Mould Allergy | In what ways can an allergy affect you? | Allergy Test | Blog

In what ways can a mould allergy affect you?

If you have learned from your allergy testing results that you, in fact, have a mould allergy then you may be panicking. This blog is designed for those who have found out that they are allergic to mould, and they want to know what the consequences are. You will also be able to understand the symptoms of what the best ways are of treating them. There are also hints on ways to avoid exposure to mould which is particularly relevant here in Australia.

Mould is a weird allergy. They live on plant or animal matter, but they can actually cause so many issues. Mould can also appear in places which are not cleaned properly, like the skirting boards and behind the bed. Mould clusters do grow, but they do need moisture, so keeping your house dry, clean and dust-free is essential for you if you have a mould allergy. It is more difficult though if you have an outside shed, as this can cause a wide range of issues. There are some cases, in which mould releases spores into the air, and this is when an allergic reaction will take place.

What are the symptoms of mould allergy?

There are some symptoms of a mould allergy which vary from person to person, and they typically include sneezing, wheezing, a runny nose and also itchy eyes. Causing identical conditions to hay fever, which the majority of the population can relate to (or think they can!), a mould allergy can be so distracting. It can also aggravate asthma. If you’ve switched on a light which you haven’t used in a while, it can cause these symptoms, but it is sometimes difficult to know if it is dust or mould causing your issues.

Anaphylaxis Campaigners are keen to spread the word about the seriousness of allergies, and they believe that if you have asthma and a mould allergy, it is important that both you and your friends know how to deal with your allergy.

How do you avoid exposure to mould?

We do believe that there are certain steps that you should take in order to avoid any sort of exposure to mould. By keeping your home dry and well ventilated, you need to keep your windows open regularly and make sure you regularly use extractor fans in the bathroom. If your home is prone to damp, a dehumidifier would be ideal.

Also, don’t dry your clothes indoors, this can cause allergic reactions as well as respiratory issues. Struggling with a mould allergy can be difficult to deal with, but following these steps can help you to cope with your allergies. Again, we know that the weather might affect your ability on this step, but if you do suffer from mould, then opening the windows and having good ventilation will help you with this.

For more information on coping with your mould allergy, and even more so, allergy testing, log on to www.allergytestaustralia.com and order your test from here! 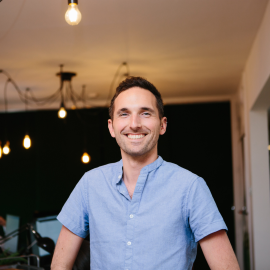